Thoughts for the time it takes to wait

Time is a bountiful woman,
giving you space in great quantities.

Avoid snatching.
No need to steal – it’s all yours.
Only take as much as you can carry in one go.

Her gifts have no shape until you take them
and make them your own.

What she offers is not limitless
but there is always enough
for your needs and desires.

She has given you a home
which is as beautiful
as you choose
to make it.

A couple of years back, I was one of the artists commissioned to write and film poems for Nationwide Building Society tv and radio ads (see my post Nationwide Exposure). This was brokered by The Poetry Takeaway ‘the world’s first mobile poetry emporium’, an organisation which employs poets to write pieces on demand at events across the country.

Last week I was one of four poets working on the NBS stand at the Royal Welsh show. We sweated over poems all day as temperatures soared and had a really good time networking with each other and meeting lots of people with their own stories to tell. One of my commissions came from Gill. As with everyone, I listened carefully to what she wanted to tell me, wrote her a poem, read it to her and gave her the handwritten piece.

She wanted it to be funny, so I was pleased to hear her laughing. She also thought it could be serious. So it is. This particular poem resonated with me, and though I don’t normally do this, I asked Gill if she would mind me sharing it on my blog so others could read it. She agreed straight away, so here it is:

The woman in the freezer aisle
is talking really loud.
Help! I want my brain back!
She’s gathering a crowd.

She’s forgotten what she came in for.
She’s staring at the shelf.
The boys at home don’t understand
why I repeat myself.

The doctor says I’m ‘under-tall
for someone of my weight’.
My husband needs a medal.
I’m in a dreadful state.

I’m feeling old, I’m sleep deprived,
it’s so hard being me.
Oh, the naps! The chin on chest!
I need more HRT!!

A river running down her back,
she’s trying to keep her cool.
The woman in the freezer aisle
is stranded in a pool.

(But she’s a clever actress
and doesn’t say a word.
The shouting’s in her head –
which is why she isn’t heard.) 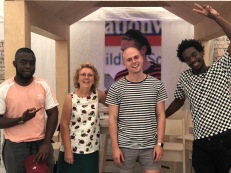 I am currently in the middle of a poetry commission, inspired by the village of Cropredy in Oxfordshire. During my research, I met Ross White www.mindfultouchmassage.co.uk who lives there on a canal boat and runs his own business in a shepherd’s hut in an orchard alongside the Oxford Canal.

It was already apparent to me how important the canal is to Cropredy, and how well integrated it is into the village. I wondered about the links between Ross’s work as a masseur and his life on the canal. Here are Ross’s responses to my questions followed by a found poem using words from his website.

What is it about living on a canal boat that you particularly like?

What is special about the canal in Cropredy?

What do you think the place where you live and work will be like in 50 years time?

I’ve just found out that today is National Pigeon Day! Pigeon racing was quite popular in the Black Country when I was growing up. I have to admit, I’m not keen on pigeons; I’m not sure why. My good friend, poet Emma Purshouse has written a brilliant poem about them. It’s in her book Tipton Tales. You can find out more about it here – there’s even a drawing of a pigeon. I prefer magpies. Here’s a little poem about them, from my book The Page-Turner’s Dilemma. The illustration is by Jules ~ cartoonist. 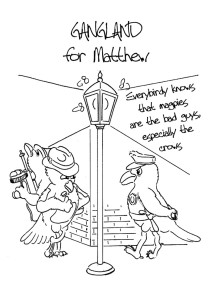 A search on my computer has revealed the fact that I have written three poems which mention pigeons. One of them appears below, based on true life experiences, possibly explaining one of the reasons I’m not fond of pigeons.

Before the poem, here’s an old Black Country Aynuk and Ayli joke:

Aynuk says to Ayli, “If yo con guess ow many pidgins am in me loft, ah’ll gi yer booth on em.”

Droppings on the washing

No fingers, so no prints
on my best red vest
so I summoned all the pigeons
for a DNA test.

Pete says faeces
don’t have DNA
so the evidence was useless
and the culprit got away!

My mother remarked to me the other day that she used to wash down the pavement outside our terraced house in the Black Country. This will have been in the 1950s / early 60s. She told me that one of the neighbours sneered at her and asked why she was doing it. Our front room (which we rarely used of course) looked out onto the pavement and, in those days, women prided themselves in having a well-scrubbed step and a clean pavement outside their houses.

The conversation reminded me of a found poem I wrote in April 2011 after visiting the Wellcome Collection ‘Dirt’ exhibition. Now that, thankfully, climate change, and looking after our beautiful planet, are being taken more seriously, it also seemed a good time to share that poem.

Scrubbing the step – cleanliness or godliness

We are generators of dirt
even to our ultimate disintegration.
Our waste is evidence of our
advance on earth.
We diligently clean our homes
and turn our backs
on the gigantic
dust heaps, letting the
scavengers risk disease.
Gravity pulls us into dirt.
You and I are earth. 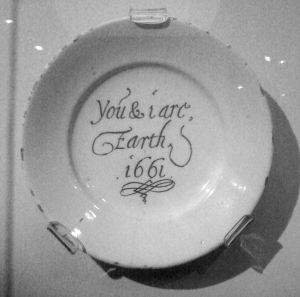 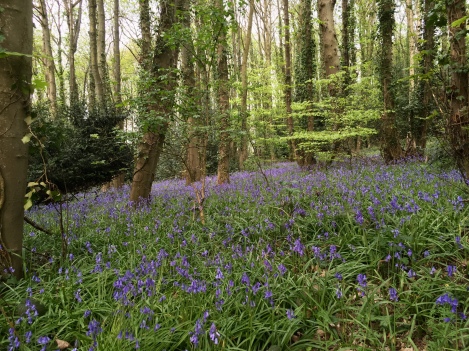 John Lawrence’s The boy who couldn’t say his name is a joy to read, a book of poems packed with heart, humour and a unique slant on everyday life. The collection is underpinned but not dominated by the story behind the title, the painful experiences he endured as a child. His relationship with a Maths teacher is vividly described in Report: Maths 31%…

In the title poem, he refers in third person to a boy who is bullied because of his stammer ‘in the game of seek-and-chide’. In My Father’s Cap he writes

The day the kids at school find out
I’m Sally Army, I show them blood
but little fire. They vent their fury

at my deceit: this kid deserves
an extra slap. Bruises the colour
of my father’s cap.

Cornet Player on the Run opens with these lines:

Guilty. I deserted from the Salvation Army
halfway through Onward Christian Soldiers –

I have always enjoyed John’s poems, and it has been good to watch him gradually conquer stage fright over the years since I first warmed to his work. In An account of the last moments of the poet he translates his terror with his trademark humour:

When I take the wrong turn and find myself
clomping up the steps to the block,
take my word, it’s not what I want to do –
a bloody inconvenient way to go.

And in the hilarious DIY and Me, he expresses a similar – though not so extreme – feeling of alienation as he joins the queue in ‘Plumbers R Us’:

I join the queue, trying to stand like a plumber,
…..
As a huge fan of close-coupling, my ears prick up,
…..
I feel like a fish out of water
like Ricky Gervais on Songs of Praise

There are some memorable lines like, for example, in Inventory: in my shed I have the following

one garden rake, handle whittled to a point
a Charles and Di ashtray with a half-smoked joint

He’s good on titles too:

In the Museum of Air Guitars
Hair Loss: The Musical
The Lament of the Zanussi Luminary

It has always been a pleasure listening to John’s work, and I am delighted that V Press are publishing this collection so that more people can enjoy, and no doubt relate to, his unique take on the ordinary and his wicked imagination.

Click here for further information about The boy who couldn’t say his name.