And here’s a poem inspired by a busker I saw recently:

The busker knows
one tune and many
pitches

I ran some creative writing workshops for ESOL students recently. Follow this link to see a description of the work and watch a short film including some of the poems which were written http://www.creativepeopleplaces.org.uk/our-impact/break-your-silence

In my recent blogs I have completely failed to mention my performances this coming weekend as part of Kidderminster Arts Fetival!

My regular spoken word and acoustic music gig, Mouth and Music, has switched to a Sunday afternoon for a circus-themed extravaganza on the 23rd. See http://www.mouthandmusic.co.uk/ for more info.

If you ever want to see my performance diary, do check my website http://wastiesspace.co.uk/Wasties_Space/DIARY.html.

Now I need to get my accordion out and do some practice!

Here’s my third and final post inspired by my recent holiday in Scotland. Towards the end of the trip we stayed in Ayr which is very close to Alloway, birthplace of Robert Burns and the setting for his poem Tam O’Shanter. We visited the Robert Burns Birthplace Museum which is on several sites in close proximity.

Tam on his horse Maggie, whose tail is torn off by a witch in Burns’s epic poem. This sculpture is in the grounds of Burns Cottage.

I had already bought a souvenir copy of Burns’s epic poem in a gift shop and realised that it made quite an impact on me when I was at school.

Certain sections sprang out at me. I love these vivid and humorous lines which refer to Tam’s long suffering wife Kate:

Gathering her brows like gathering storm,
Nursing her wrath to keep it warm.
…………………………………
She tauld thee weel thou was a skellum,
A blethering, blustering, drunken blellum;

And these lines stuck in my mind too, much more gentle and philosophical:

But pleasures are like poppies spread:
You seize the flow’r, its bloom is shed;
Or like the snow falls in the river,
A moment white-then melts for ever;
Or like the borealis race,
That flit ere you can point their place;
Or like the rainbow’s lovely form
Evanishing amid the storm.

Burns Cottage, Alloway, where he lived as a child. You can see what kind of weather we had!

Inside Burns Cottage (where he was born and lived until he was seven), I saw printed on the wall the words “crambo-jingle, rhymes“. I headed for the internet and discovered that “Crambo” is a rhyming game. “Crambo-jingle” comes from these lines by Burns:

Amaist as soon as I could spell,
I to the crambo-jingle fell.

Hence the following poem, a pantoum:

When good poets meet and mingle,
up on hill or down in dingle,
may they always crambo-jingle,
whether grouped or paired or single.

Up on hillside, down in dingle,
or like small stones on the shingle,
whether grouped or paired or single,
high on horse with sound surcingle.

Languages will intermingle
when good people meet and mingle.
May our tongues and pencils tingle,
may we always crambo-jingle.

Here’s Part Two of my poetry blog written while I was on holiday in Scotland. See Part One below or follow the link https://weavingyarns1.wordpress.com/2015/08/07/the-kelpies-whisky-angels-a-salmon-ladder/

From Lines On The Fall Of Fyers Near Loch-Ness.
written with a Pencil on the Spot by Robert Burns, 1787 :

Still thro’ the gap the struggling river toils,
And still, below, the horrid cauldron boils.

Go to http://www.robertburns.org/works/184.shtml for the rest of the poem

After Robert Burns’ Lines On The Fall Of Fyers

To use the word ‘still’ in a verse about waterfalls,
twice in consecutive lines, seems at odds
with the subject and rather excessive.

However it’s true that the river falls still
and the bubbling whiteness is constant,
and maybe you made a poetic connection,

were thinking of whisky, the ‘cauldron’ a still
after frothing of single malt, water and yeast,
in spirit at least.

Ben Lomond
‘Beacon Mountain’
on the eastern shore of Loch Lomond,
is the most southerly of the Munros.
“I saw a herring!”
It has tribute namesakes
in Tasmania, New Zealand,
Utah, Colorado
and British Columbia.
“What kind of herring?”
And appears in the well-known traditional Scottish song
“The Bonnie Bonnie Banks o’ Loch Lomond”.
“The one with long legs.”

Yesterday I returned from a holiday in Scotland. Rather than send postcards, I took photos, wrote poetry and put together a blog. Here’s Part One! 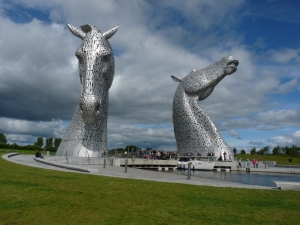 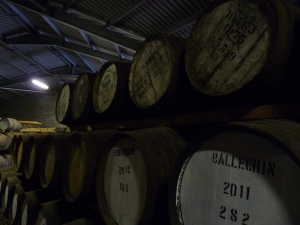 We took some of the angel’s share.
As spirit turned to whisky, the air
was rich with sherry, oak and bourbon,
Edradour or peaty Ballechin.

A cask that was filled in 1974
is left with just a fifth, no more.
Those angels are a happy breed;
they always have more than they need.

For info on the salmon ladder see http://www.pitlochry-scotland.co.uk/what-to-do/walks/pitlochry-dam-and-fish-ladder/

A few months ago I succeeded in getting one of twelve Apples and Snakes commissions to create an hour-long podcast linking poetry and heritage. Mine is about the poetry work I have been doing at Croome Park and has just been uploaded. It features the work of nine poets including myself. To find out more and listen to it, follow the link below. I recorded and produced the whole thing myself and am really pleased with the outcome. I hope you enjoy it!

Also, see below for details of a free competition for Worcestershire poets: